Brigadier Gold Ltd. has entered into an option agreement with Rudolf Wahl and Mike Dorval, together doing business as the Wahl Group, to acquire a 100-per-cent interest in the Killala Lake South diamond property, consisting of 46 cell claim units located in Killala Lake, Foxtrap Lake area townships, Thunder Bay mining district, Ont., subject to reservation of royalties in favour of the Wahl Group. 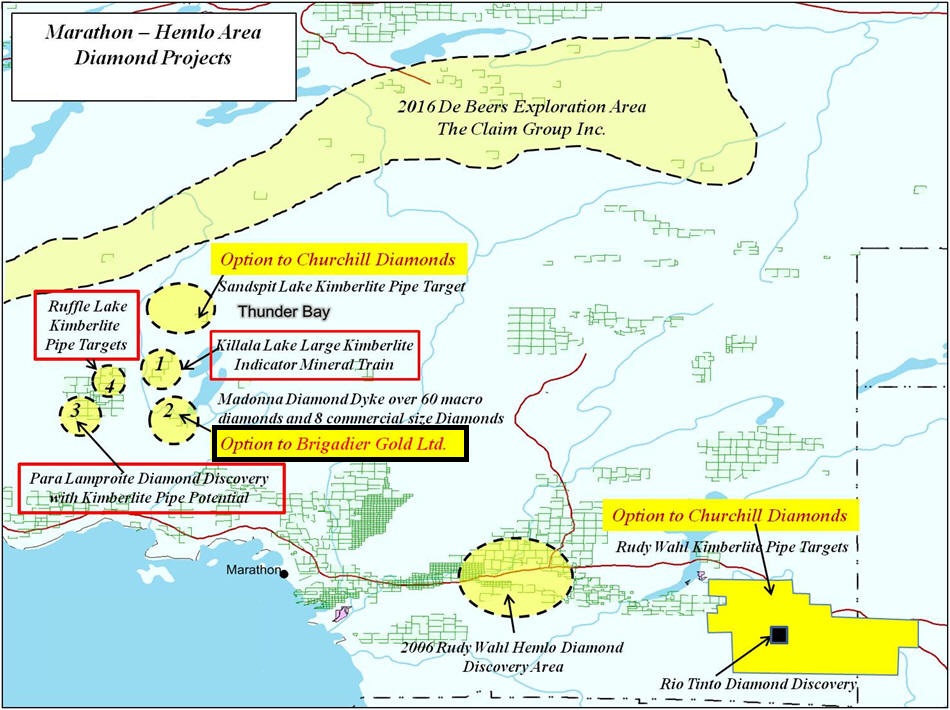 Killala Lake Area Madonna Diamond Dyke.
A 1 tonne sample was taken and processed at Kennecott DMS plant in 2007-2008. Over sixty macro diamonds, including eight commercial sized diamonds were recovered. Colours included white, green, yellow, brown and grey diamonds with an average grade of 0.23 carats for the first sample taken. About half of the one tonne sample was taken from the fine-grained, chilled margin portion of the dyke from which one would expect a low diamond carrying potential.
The dyke is approximately 1 to 2 meters wide at outcrop with strike/dip-direction at 009/065. The rock is macro-cryptic and dark comprised of approximately 20% olivine (up to 0.5cm), up to 2% garnet with reaction rims (0.2 cm), and minor cox in dark grey crystalline matrix. Magnetic susceptibility values ranged up to 10 SL. Some highly weather/baked country rock xenoliths were present. The dyke is layered or branded and contains both macro-crystic portions and non-macro-crystic bands, which are generally closer to the contact. The Majority is macro-cryptic. The dyke can be traced in outcrop for approximately 50 meters.
The dyke intrudes into granitoids with <0.5 SI magnetic susceptibility, and dips 65 degrees at the hanging wall and 78 degrees at the footwall, so the diamond bearing dyke will have a larger width at depth.
A ground magnetic survey and MMI survey was created within the surrounding area of the diamond dyke. These survey’s outlined a large kimberlite pipe target just to the south of the diamond dyke and other kimberlite targets within close vicinity of the diamond bearing dyke. 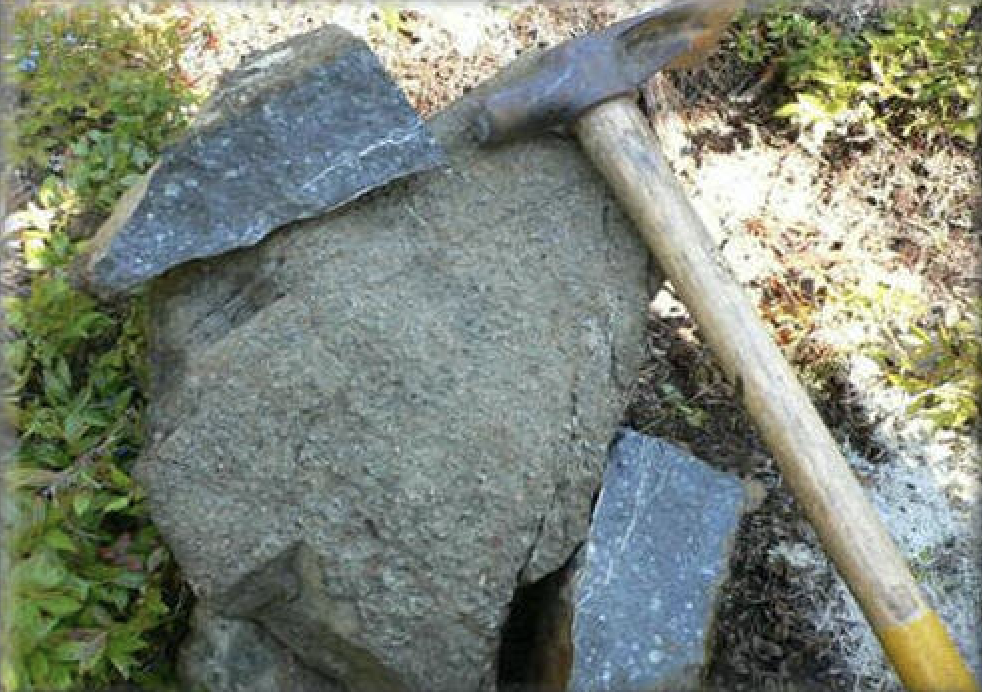 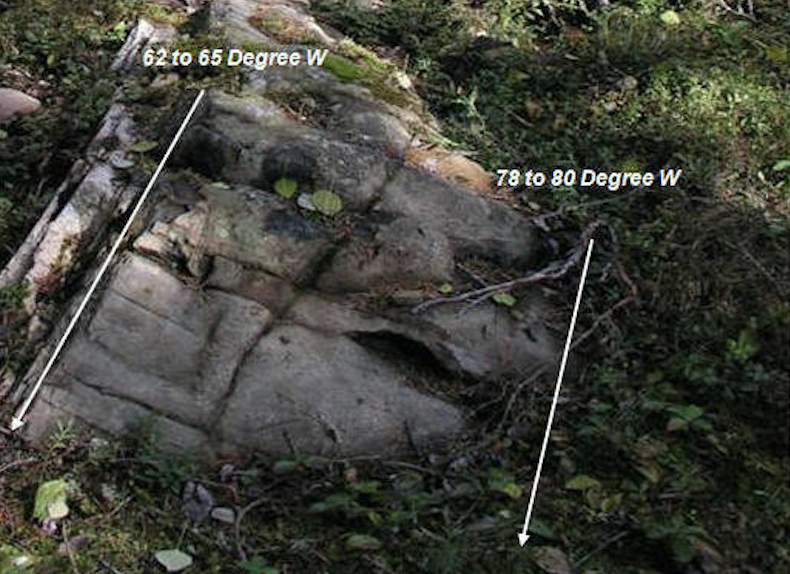